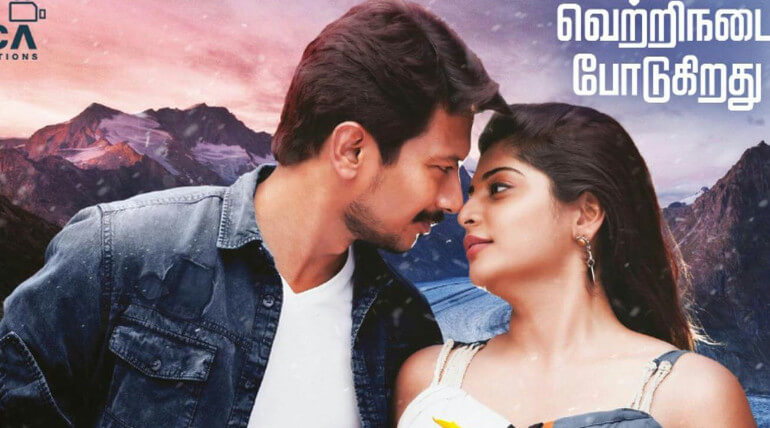 Udhayanidhi Stalin and Manjima Mohan featuring Ippadai Vellum has been released yesterday and receiving good responses from audience. It is Gaurav Narayanan’s 3rd directorial venture after the success of Sigaram Thodu and maiden Thooga Nagaram. The film is reported to be so engaging with interesting screenplay. Udhay and Soori combo is working out well. The movie has been released in almost 400 screens across the state.

The performance of the casts Daniel Balaji, Radhika sarathkumar and RK Suresh is said to be well. Produced by Lyca Productions the movie has Imman’s music and touted to be added strength of the film.

Even with some dull logics, the film presents an interesting thriller. Camera works & way of unwinding knotsðŸ˜ðŸ‘Œ. WatchableðŸ‘#IppadaiVellum

#IppadaiVellum - if the making, dialogues & execution could've been better, this would been an engaging package. Anyway, this is #Udhay's next good choice of script after #Manithan

#IppadaiVellum to d part of filmmaking,a satisfying plot that just needs an hour to b placed has been exploitd for d commercial convenience

#IppadaiVellum only if the second half was as interesting as the first half. Nevertheless a descent watch .