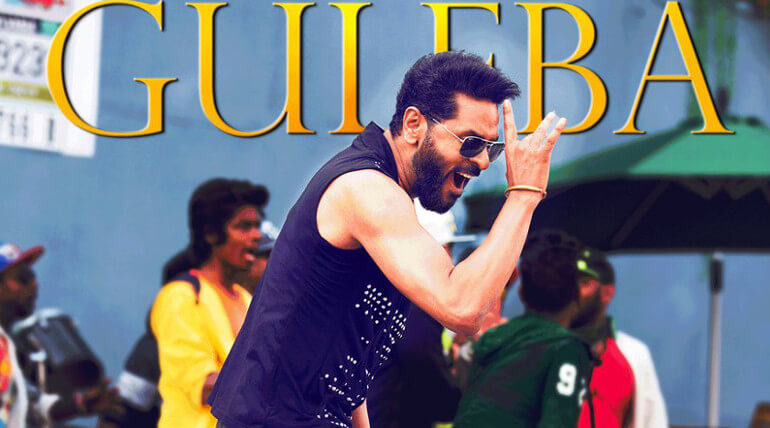 Prabhudeva's upcoming grand Pongal 2018 release movie Gulaebaghavali has lot of expectations. The trailer showed the glimpse of this adventurous comedy entertainer which has Hansika Motwani as female lead. The film has several star casts for comedy including Anandraj, Ramdoss, Sathyan, Rajendran, Mansoor Ali Khan, Yogi Babu and Madhusudhan Rao. The popular 1990's heroine Revathi plays a crucial role in it.

The movie gets U from censor board and it is all set for release. The recent Guleba song promo video had amazing movements of the multi-faceted actor Prabhudeva. The long shot dancing of Prabhudeva was canned after long time and the stuff in him amazes the audience.

Directed by 'Katha Solla Porom' director Kalyaan and produced by KJR Studios the movie has Vivek- Mervin duo music. The song Guleba tuned by this duo was a chart buster hit and being crowd puller. It was sung by Anirudh Ravichander and Mervin Solomon wile lyrics are penned by Ku. Karthik. Sun TV had acquired the satellite rights of this movie. The film edited by Vijay Velukutty and Anand Kumar has handled camera.

The movie is releasing along with Suriya's Thaana Serndha Koottam, Vikram's Sketch, Vishal starring Irumbu Thirai, Sundar C's Kalakalappu. It is going to be tough and healthy clash between these biggies.