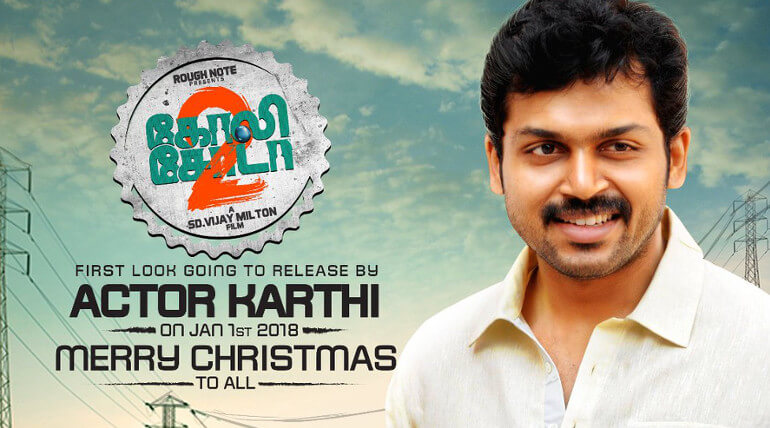 Vijay Milton's super hit Goli Soda's sequel Goli Soda 2 shoot has been completed few days before. The team is gearing up his post production works. Meantime the makers announced the release date of its first look. The movie is touted to be based on the basket ball. The first part is about the boys who work at the market place. Now the team is touching a entirely new concept from the original.

Gautham Menon essays a cop role in this flick while Samuthirankani portrays an important role in it. The other casts include Chemban Jose, Bharath Seeni, Vinoth, Isaac Bharath, Subiksha, Krisha, Rakshita, Rohini, Rekha, Saravana Subbiah and Stunt Shiva. The composer Achu is scoring for this drama produced under Vijay Milton's Rough Note Productions.