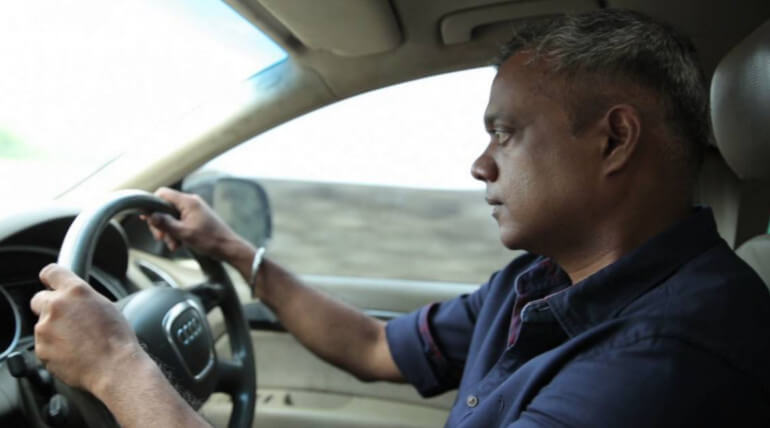 The popular director and producer Gautham Menon had escaped with minor injuries after his car clashed on tipper lorry. He has been travelling to Chennai from Mamallapuram in his luxurious car this morning. On the way, near Chemancheri he met an accident and he was injured. He is safe but his car has been severely damaged.

Gautham Menon is busy with his upcoming movies Dhruva Natchathiram featuring Vikram and Enai Noki Paayum Thota with Dhanush. He is gearing up his project's post production works and to set it for January release.