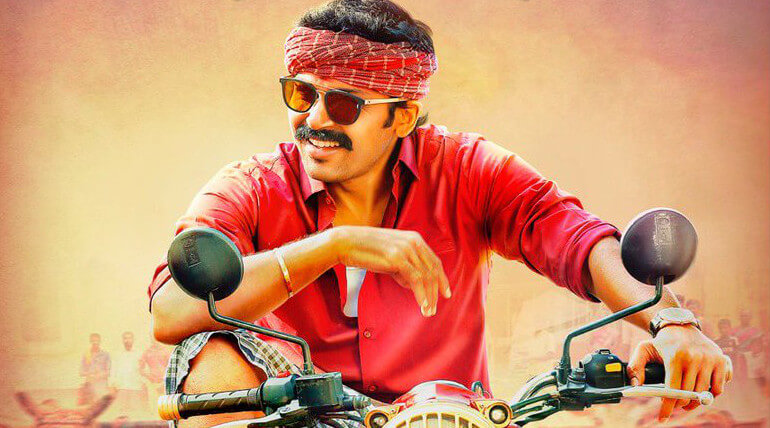 Karthi's next with director Pandiraj titled Kadaikutty Singam and its first look was released during Pongal festival. The movie is based on the farming and it is the family entertainer. It has Sayyeshaa Saigal and Priya Bhavani Shankar as female lead while Sathyaraj, Sreeman, Soori, Ponvannan, Bhanupriya and Mounika are making key roles.

The movie is produced by Suriya's 2D Entertainment and first time Karthi is teaming up with his brother. It marks Karthi's 16th film and has DOP Velraj and Imman for music. The film is being created in Telugu titled Chinna Babu.

Next to the huge success of Theeran, Kadaikutty Singam is being canned and its first look earned audience attention. Karthi is seen sitting cool on the bullet. 'Pasanga' fame Pandiraj helming rural entertainer Kadaikutty Singam essay Karthi as a last son of the family. The makers are eyeing to release the movie on coming summer. 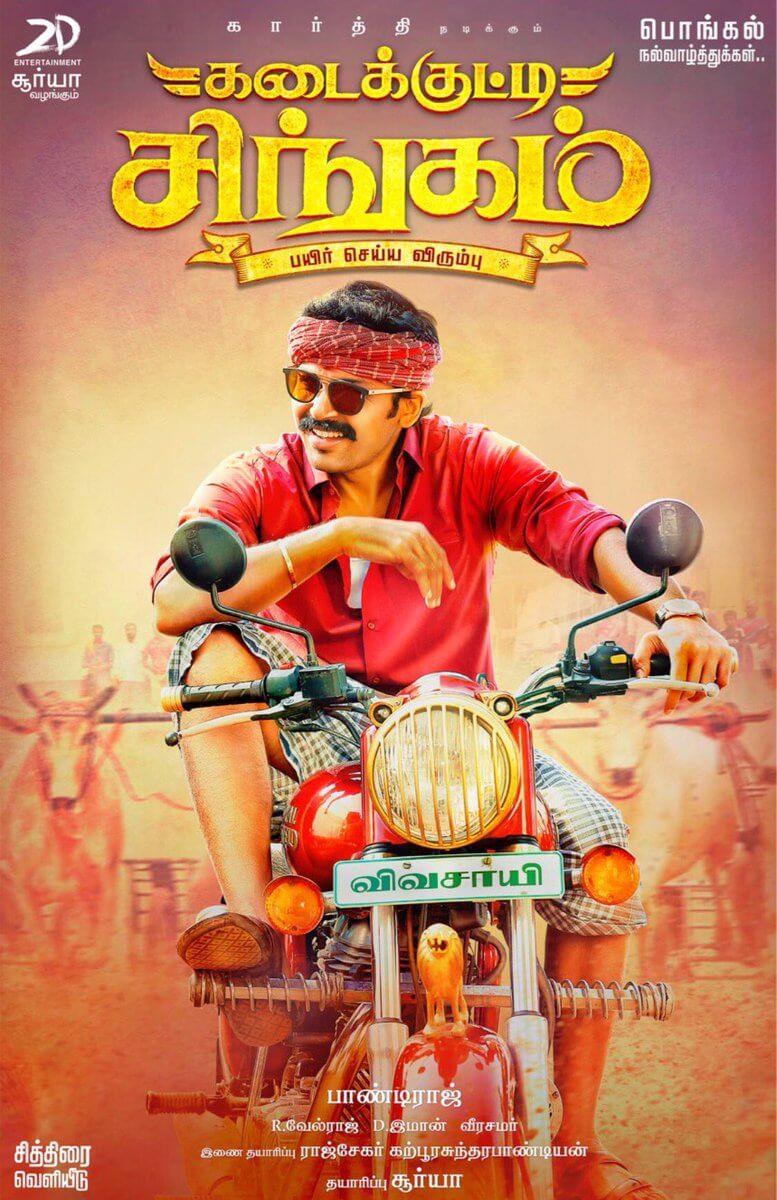 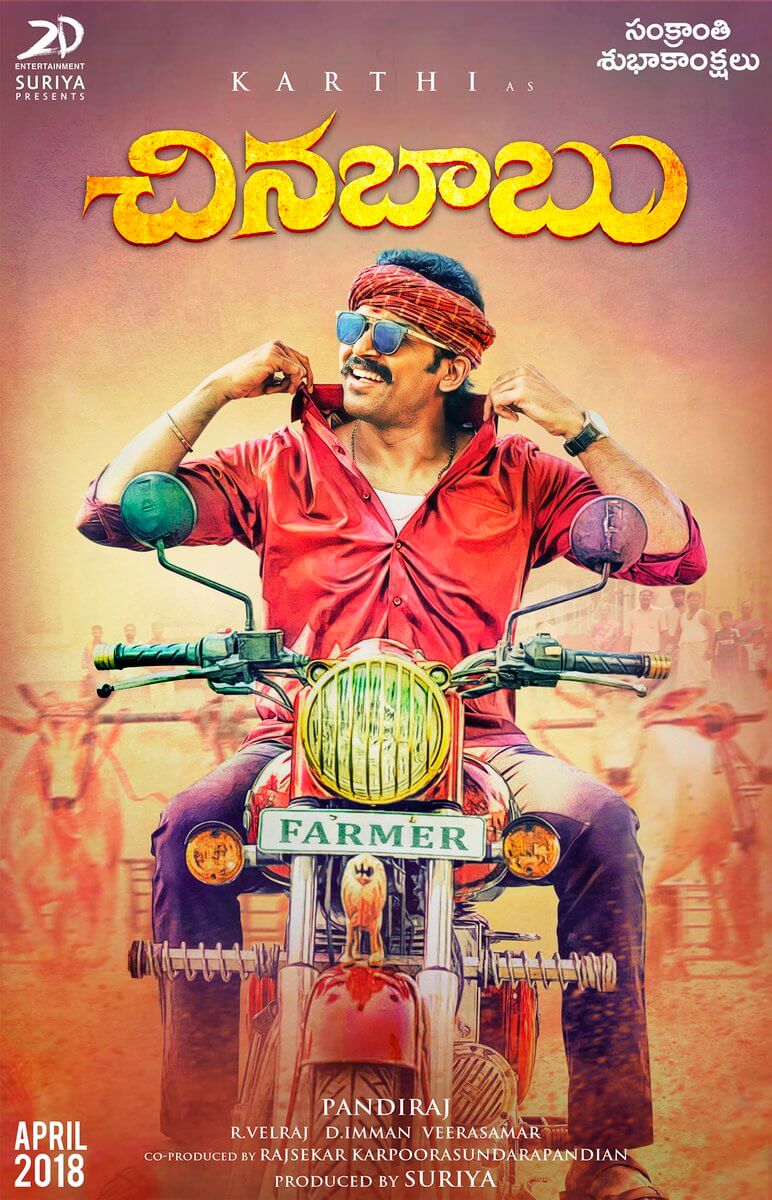