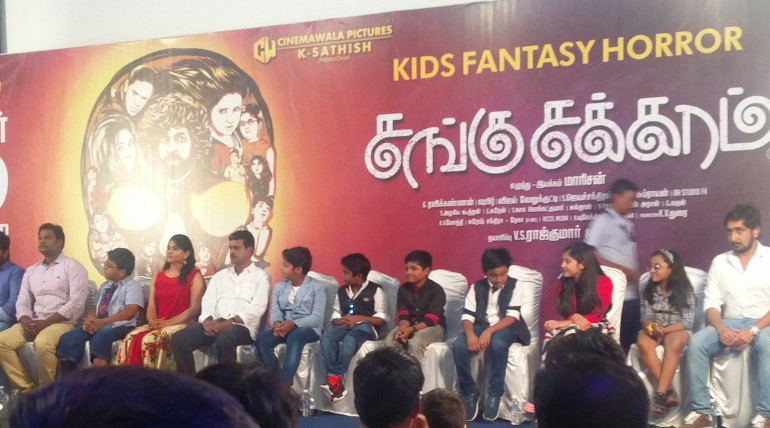 Directed by Maarison the movie has the famous stunt choreographer Dhilip Subbarayan in lead role while Gheetha, N.Raja, Pradeep, Jeremy Roske, Monicka and others are in supporting roles.

The team press meet is held today and its live telecast was uploaded. The young artists including Monicka who plays ghost role had delivered fantastic speech on the stage. Monicka asked media and press to support this movie. She explained how director and choreographer took care of her safety while he was flying in rope.

Monicka as Malar will be seen in a key role in this flick. Kids are main part of the movie and the horror comedy surrounds them. The movie's first look and trailer received amazing responses from kids and horror lovers. It is slated to hit theatres on Dec 29th. Daaru Damaaru fun single track tuned by composer Shabir was released recently which earned warm responses.