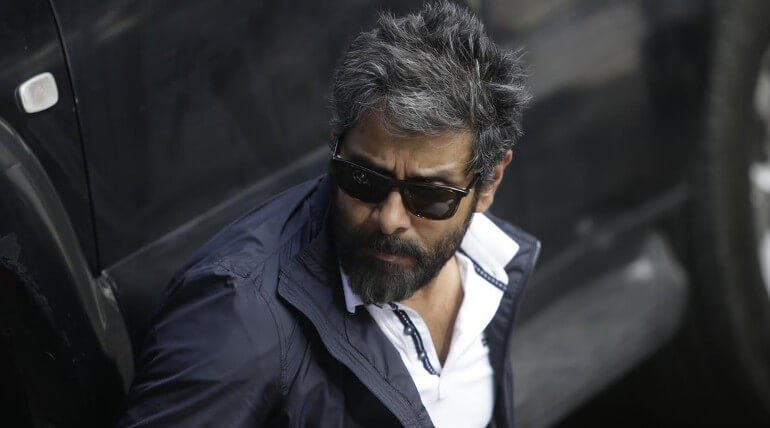 Meantime, the versatile actor Vikram is busy with Saamy Square shooting with director Hari. As per the recent report, Dhurva Natchathiram will be resumed once Vikram completes his present Saamy 2 schedule. Dhurva Natchathiram shoot may likely to start the final schedule on Jan 25th.

His fans are expecting the updates from he team. Hope the trailer announcement will be made by the team once after wrapping the final schedule. Vikram's action entertainer Sketch directed by Vijay Chander is ready for to hit theatres during Pongal on Jan 12th.

Apart from Sketch, Vikram Dhruva Natchathiram and Saamy 2 are gearing up for 2018 release. Meantime the actor had signed up mega budget Hindi movie Mahavir Karna with 'Ennu Ninte Moideen' director RS Vimal and to be bankrolled by United Film Kingdom, New York.

There is also buzz, the actor is to team up with Ulaganayagan producing and his close aid Rajesh K Selva (Thoongavanam fame) directing new project.