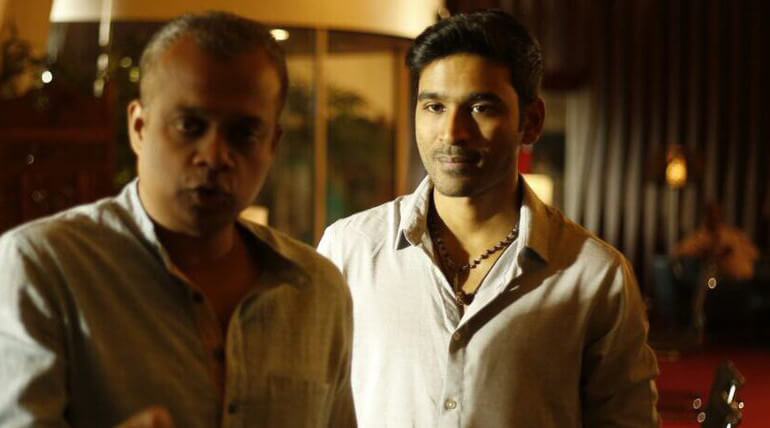 As reported earlier, Gautham Vasudev Menon's long awaited Enai Noki Paayum Thota shoot has been resumed with Dhanush. The final schedule of the film started in OMR road at Chennai today. The team is planning to wrap up the shoot with this session with single stretch.

Dhanush is clean shaved for this movie who had grown tick bears for Vada Chennai for past few months. He is spotted in stylish look on the set. He is playing the role of college student and romancing Megha Akash in this romantic thriller. The music director name was not revealed for a long time and he was identified by name Mr.X after the release the single that raised the curiosity level.

Darbuka Siva tuned 'Maruvaarthai' melody is still rocking on the net and received overwhelming responses from music lovers. The movie marks the first time collaboration of Dhanush and the director Gautham Menon.

The makers planned to release this movie on February 2018 during Valentine's Day week end. Produced by Gautham Menon under Ondraga Entertainment the movie has Sunaina and Rana Daggubati in important roles. Gautham's ambitious project Dhruva Natchathiram with Vikram was also almost completed.