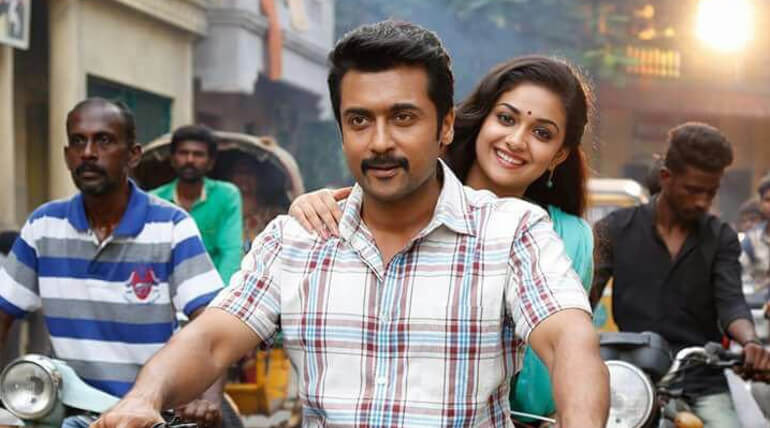 Following the controversies of Mersal song, now Suriya's Sodaku song from his upcoming Thaana Serndha Koottam is also got hold to the controversial talks. Vijay Sethupathi's dialogue in Oru Nalla Naal Parthu Solren teaser was under controversies few weeks before.

Recently, the dialogues, lyrics and scenes of the films are keenly observed by certain groups of people and they arose against these movies. Currently, Hindi movie Padmavati faced lots of issues and came out of it with several cuts and title change.

Suriya's Thaana Serndha Koottam is all set to release on Jan 12th during Pongal. The film's single was release a month ago and reached audience very well. Now AIADMK member Sathish Kumar has filed complaint demanding the ban on Sodaku song condemning the lines in it.

The line "Adhigara Thimir, Panakara power verati verati velukka Thonudu' in the song makes some people itching and one among them had made this complaint.

The Telugu and Malayalam dubbed versions are also set to release on the same day. It will be released in Telugu titled Gang. The team is making huge promotions and they were involved in promotions in Hyderabad last week. Anirudh Ravichander tuned  audio of the film in Telugu and Tamil were launched two days ago.