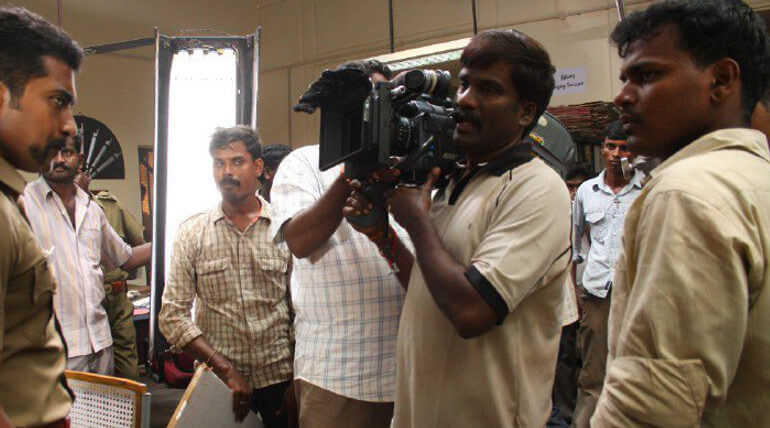 Ace cinematographer Priyan who recently worked in Singam III had passed away. The entire film industry shocked about his death. The film celebrities are sharing condolence tweets for his family members. They say it is hard to lose the eminent camera man and also a good person like Priyan. The ace camera man has been working for director Hari’s next Saamy2 with Vikram.

The 53-year-old DOP had died due to heart attack at 3:30 pm today. His final tribute will be in his residence at Bharathi Dhasan colony, kk.nagar, Chennai.

He had worked in almost all movies of Hari including Saamy, Arul, Thamizh, Kovil, Ayya, Aaru, Vel, Thamirabarani, Singam and others. He had worked with directors like Cheran, KS Ravikumar, Simbu, Mohan Raja and others.


It was pleasure working with #cinematographer #Priyan Sir.. Passes away... one of the Nicest person... My Sincere Condolences and prayers to his Family... May his soul Rest In Peace

Heartbroken to know the demise of #Priyan Sir DOP ! Canâ€™t express my grief in words. May your soul #RIP . Strength and power to his family.