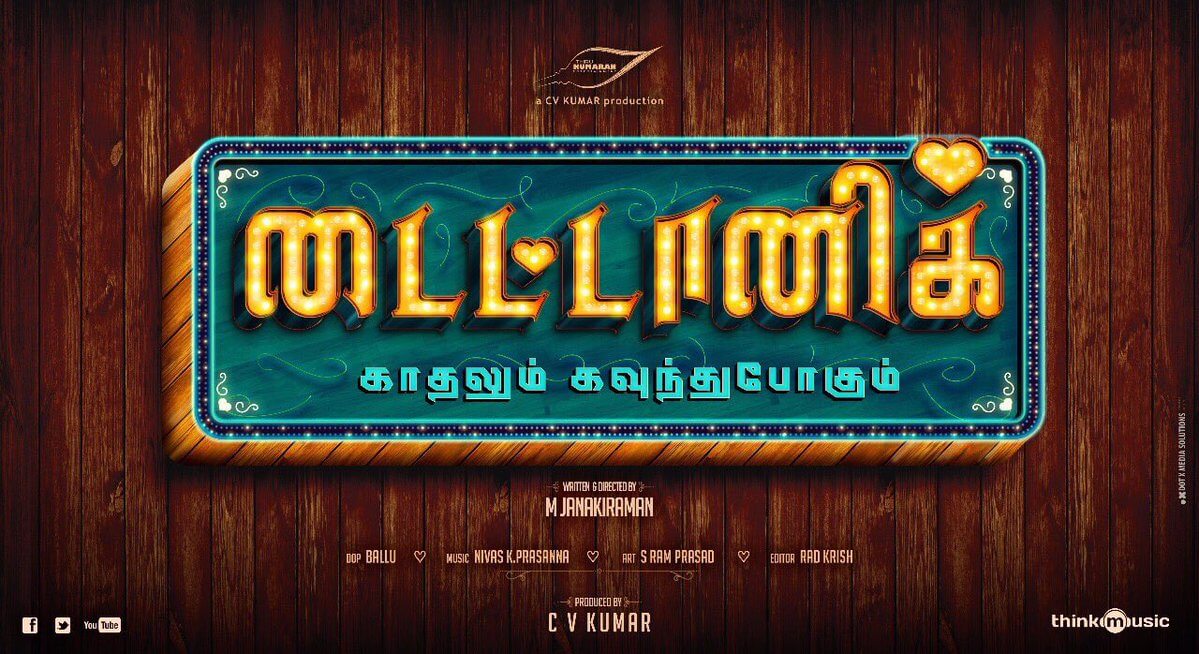 Now CV Kumar is back with new production venture under his banner Thirukumaran Entertainment. The movie seems to be romantic drama that gets the title "Titanic Kadhalum Kavundhu Pogum". The title look was released by the team today.

'Adhe Kangal' actor Kalaiarasan and 'Trisha Ilana Nayanthara' actress Anandhi are roped for the project to do the lead roles. 'Madras' fame Kalaiarasan is busy with number of projects like China, KaalaKoothu, Kalavu. He plays an important role in Suriya's upcoming Thaana Serndh Koottam.

The first look of the film will be revealed on Jan 1st 2018. It is written and directed by M Janakiraman. The film has 'Thegidi' and 'Sethupathi' fame Nivas K Prasanna music and Ballu handles camera.