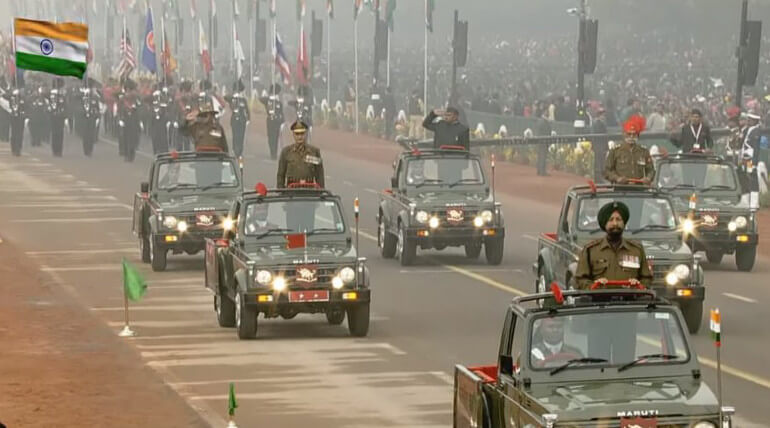 India is celebrating 69th Republic Day today on 26th Jan 2018. School students have hoisted the flags across the nation and sweets are distributed among them. Meantime Capital is witnessing ceremonial Parade at Rajpath. The parade had begun at Amar Jawan Jyoti at India Gate.

Colourful cultural performances were made by people from different states. The awestruck aerobatics, BSK bikes and other programmes were held at the event. Celebrities and leaders across the nation are tweeting Republic Day wishes for the people.

Let art speak freely
Let effort be uninhibited
Let artists create what they desire
Let swadeshi work be celebrated
Let skill be rewarded by letting it thrive
Let this happen without funda'mental’ fear
For at the end, they are fundamentally our rights
Happy #RepublicDay

This #RepublicDay, let's celebrate the true values of our great nation which guide each one of us. Let's work together & come forward to help each other for the upliftment and betterment of our society. Jai Hind!🇮🇳

Finally!!!!! It’s so so heart warming to see this small step of change 🇮🇳 https://t.co/9nDuZi4Olb

India is a treasure trove of diversity... let’s cherish her... appreciate her and vow to work towards a better and brighter future for India. #HappyRepublicDayIndia #JaiHind pic.twitter.com/o2VQkUgwVg

Happy #RepublicDay to all . pic.twitter.com/gT4qqGuzC9

One nation, one vision, one identity, one flag, our incredible India. Vande Mataram #RepublicDay pic.twitter.com/PMb8I7V1gr

Republic day greetings to every Indian living across the world......#RepublicDay #Republicday2018 pic.twitter.com/n9zzXBTJF9

Saluting all those who have made, and are making our nation great every day. Happy #RepublicDay

Celebrating the glory of India and the ones who helped shape it! Happy #RepublicDay!
Breathe the music of India with this Republic Day special playlist: https://t.co/NUYpq8D3kL pic.twitter.com/7CaW5XzlRU

On this #RepublicDay let’s unite & pledge to make our nation stronger and progressive.
Let’s come forward & help each other for the upliftment and betterment of our society. Wish you all a very #happyrepublicday2018! #India69 #India🇮🇳 pic.twitter.com/Y07nwuLFTv

To be a part of this ever shining country is a pride to all of us! Celebrate this republic with pride!#RepublicDay pic.twitter.com/yn9xXk8arG

Salute to our Armed Forces for letting us have a #RepublicDay

One Country, One People, One Flag.
Happy #RepublicDay to all.

United we stand, divided we fall. Happy #RepublicDay to you all! Jai Hind! 🇮🇳

I am happy I was privileged to raise the Indian flag on my shoulders not once but twice in my life! #MrAsia & #Mrworld !! Jai Hind!! Happy Republic Day !! #thakuranoopsingh #tas #indian #republicday #NaaPeruSuryaNaaIlluIndia #sainika pic.twitter.com/6jArlyNqCD

Happy #RepublicDay To All !!!! 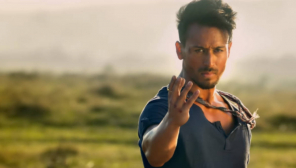