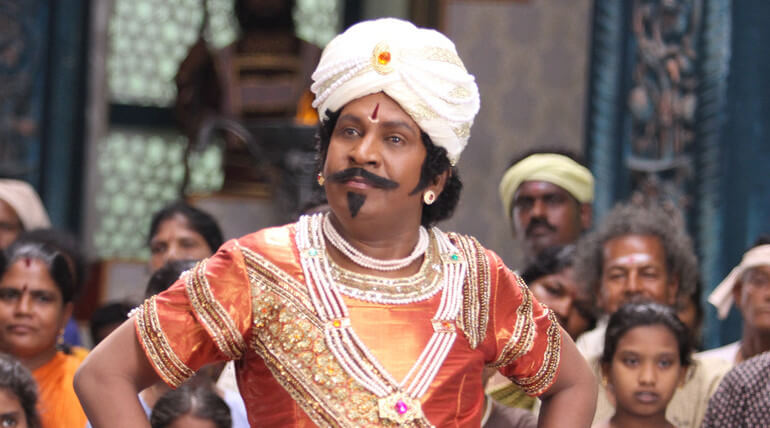 Since the South Indian comedy king 'Vaigai Puyal' Vadivelu had completed 30 years in the industry, the hashtag #30YrsOfMCsGodVADIVELU is being trending on the social media pages. Vadivelu had stepped in the Kollywood film industry in an uncredited role for the movie T. Rajender directed 'En Thangai Kalyani'.

After 3 years he again appeared in big screen in 'En Rasavin Manasile'. He had also sung a song in the movie under maestro Ilayaraja music that gave him major identification in the industry. After this he had a continuous movies and good roles to play including Chinna Gaunder, Singara Vellan,  Deiva Vaaku, Thevar Magan, aranmanai Kili, Ponnumani, Gokulam and several other in early 90's.

Shankar's Kadhalan took ace comedian to next level as a friend of the heroes and had done several movies. Vetri Kodi Kattu released in 2000 won him Tamil Nadu state award for best comedian.

He had become a separate solo comedian after Friends released in 2001. He also won state awards for Thavasi, Winner, Imsai Arasan 23rd Pulikesi, Marudhamalai and Kathavarayan. There are several movies that were successful due to his hilarious comedies. He had rocked in recent Mersal as character artist.

Each of his character and comedy he delivered will sink with the real life of Tamil audience. In each and every incident, we can remember Vadivelu's comedy. The audience can able to connect his comedy to every small incident in day-to-day life. Even his character name in several films are remembered by the audience even after several years.