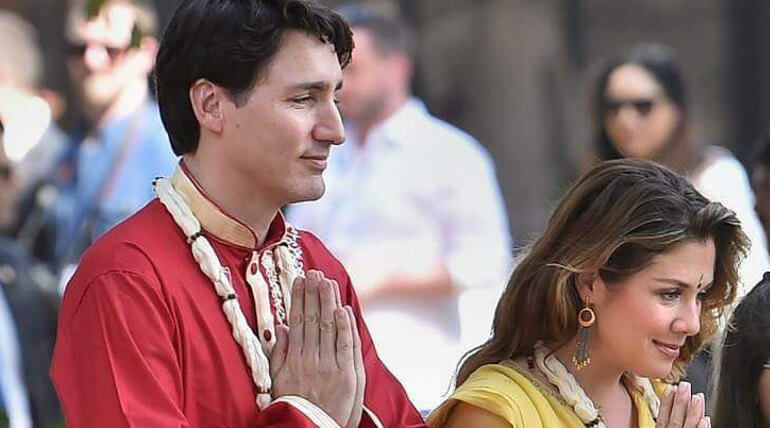 On Friday the Canadian Prime Minister had been invited for a Bi-lateral talk with Prime Minister Narendra Modi. Official reports about the invitation confirms that the discussion will be mostly on some specified topics including trade and investment, science and innovation, higher education, infrastructure development, skill development, energy and space.

In the meantime, Justin Trudeau with his family had a wide visit across the country for experiencing the cultural spirited of India by visiting religious places with Indian traditional outfits. Since now Trudeau and his family had visited Agra, Golden Temple, Gandhiji's Sabarmathi Ashram and other important places in the North. Justin Trudeau and his elder son enjoyed playing cricket with former captains Kapil Dev and Azharuddin on Thursday.

Canada share thick bond with Punjab as most of the Punjab people are living in Canada. Chief Minister of Punjab Amarinder Singh warmly welcomed Trudeau and tweeted "Wish you a wonderful birthday Hadrein Trudeau on the 28th of this month. I’ll think of you on that day. It has been a pleasure meeting all the three children of Canadian Prime Minister @JustinTrudeau."

He also tweeted "Really happy to receive categorical assurance from Canadian PM @JustinTrudeau that his country does not support any separatist movement. His words are a big relief to all of us here in India and we look forward to his government’s support in tackling fringe separatist elements."