Policeman hand chopped off for enforcing coronavirus lockdown in Punjab 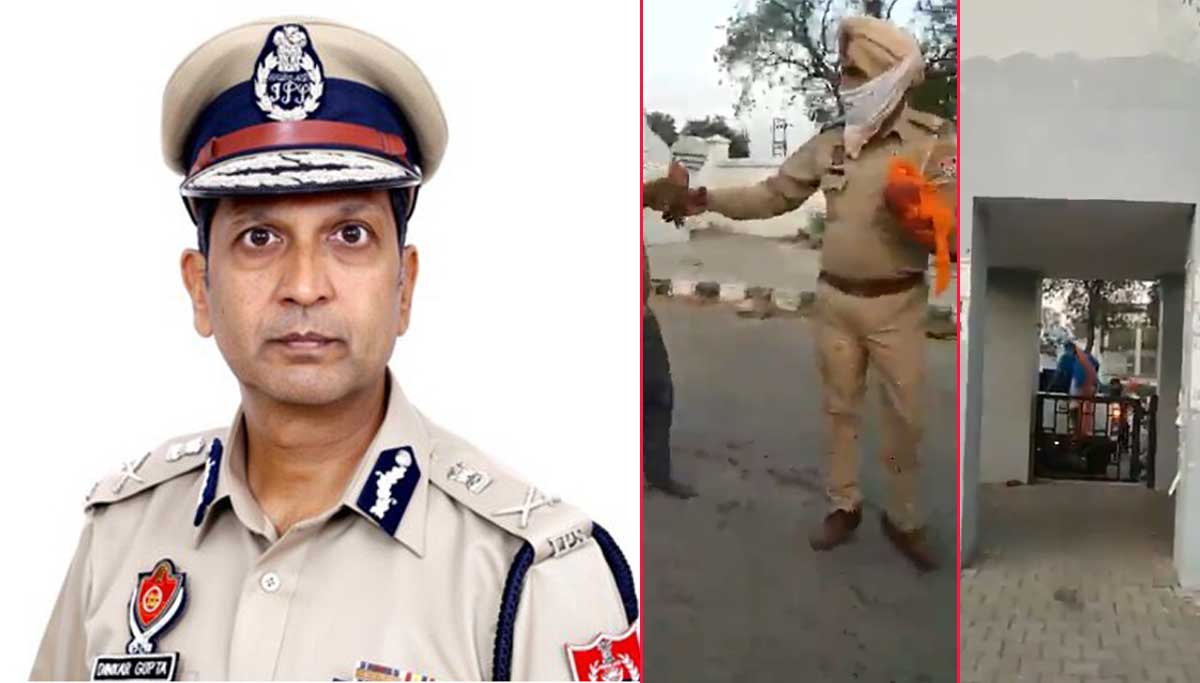 Policeman hand chopped off for enforcing coronavirus lockdown in Punjab

An Assistant Sub Inspector's hand was chopped off in Patiala, Punjab while enforcing the lockdown. Also, two other policemen were injured by the Nihangs or the Sikh warriors. Now seven of them have been arrested for the crime from the Gurudwara they have been hiding. The ASI, along with the other policemen, are getting treated in the hospital.

Today morning at 6:15 AM, a car with seven Nihangs came into the Sanaur vegetable market in Patiala. It crashed the barricades along the outer ring of the market. When questioned by the Mandi board, employees the religious sect Nihangs hit them hard. Then the police intervened and asked for their lockdown pass, and they started attacking the police with swords. Patiala Police officer Harjeet Singh's hand was chopped off, and ASI Raj Singh and SHO Shadar Bikar Singh sustained injuries in the arms, legs, and shoulder.

The Nihangs then wielding their swords went to the Gurudwara in the Balbera village. There were women and children inside the Gurudwara were the seven accused took refuge from the strong police force which came to arrest them. After negotiations with local sarpanch, the police entered the Gurudwara, and seven of them are now detained.

ASI Harjeet Singh has been shifted to the Postgraduate Institute of Medical Education and Research in Chandigarh now for surgery. The other police officers are taking treatment in the Patiala Rajinder hospital.

KBS Sidhu, the special secretary of Punjab, has said in a tweet, said that out of the seven Nihangs arrested, one was shot in the police firing and is now treated in the hospital. Dinkar Gupta, the DGP of the Punjab police, told the press that the incident is unfortunate.

Recently, reports from Punjab confirmed of controlling the drug cartels due to the lockdown. And only on April 10, the chief minister of  Punjab announced the lockdown to continue until the end of April. But today's incident in Punjab's Patiala is condemnable as the police are those who for the past nearly 20 days make sure the lockdown is a success all over India to save millions of people from coronavirus infection.


Policeman hand chopped off for enforcing coronavirus lockdown in Punjab