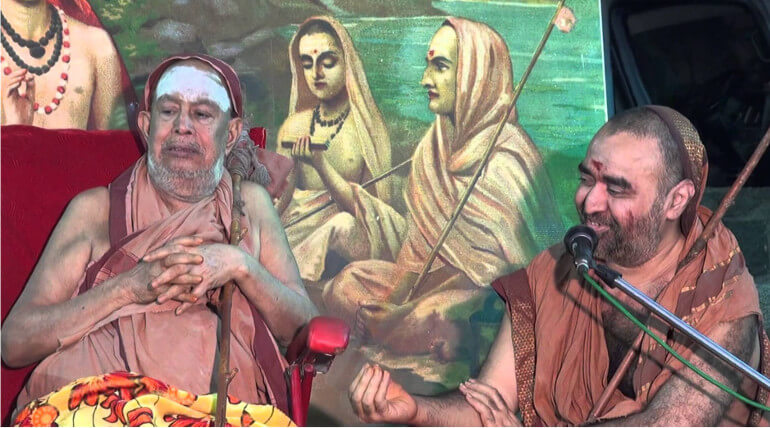 The murder case of Sankararaman is been taken out from the scraping list, Sankaracharyas over the hot pan again.

A petition has been filed up in Chennai High Court to reprobate the murder of Sankararaman, the manager of Varadharaja Perumal temple in Kanchipuram of Tamil Nadu. Manikandan, a lawyer of Chennai High Court had made the petition in the court today. The pulse of a case which is kept to scarp for years is now rising again.

Sankararaman was murdered by a gang of 5 members outside the Varadharaja Perumal Temple premises on September 3, 2004. Sanakararaman had become the manager of the Temple after stepping out from Kanchi Mutt, a monastery in Tamil Nadu. He left the mutt after a continuous infuriation and impatiens with the Sankaracharyas, Jayedhra Saraswathi and Vijayendhra Saraswathi, who came to the head and sub-head position after the death of 68th Sankaracharya, Chandhrasekara Saraswathi.

The case is again promoted by a lawyer of Chennai Court. The petition filed by the Lawyer says, the court had not probed the case in the right manner. Many confusions and illegal confessions are made in the case. The petition states that there is a suspicion over Devadass, a person who was impersonated in the case.

Recently Vijayendhar Saraswathi became a most hated person for the Tamil activists of Tamil Nadu as he refused to stand while playing the State Anthem (Tamil Thaai Vazhthu). It seems the seers themselves had stirred up their case again, by their own.