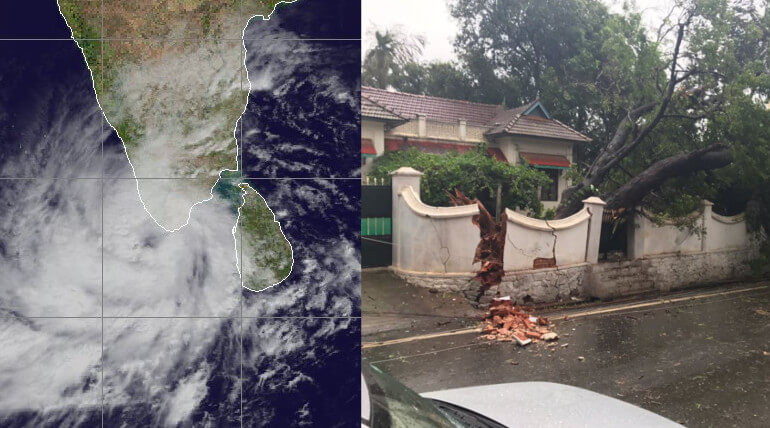 The severe storm and the cyclone named Ockhi On Thursday crossed the Indian Ocean and attacked the south Tamil Nadu and Kerala districts. Ockhi is expected to cross in the speed of 70-100 km speed. There are heavy rains in districts of Kanyakumari, Tuticorin, Nellai, Nagarkoil and Ramnad. Indian weather department had warned the people of coastal regions to be cautious. They are advised to be in safe region. The farming lands are supposed to incur heavy damage. Fisher men in Tamil Nadu and Kerala are warned not to go for sea for next 48 hours.

Meantime Tamil Nadu State Diaster Management Agency updated that nearly 980 electric poles fallen and more than 500 trees are uprooted in Kanyakumari district. Two units of National Diaster Response Force and 2 units of State Disaster Response Force are deployed to meet any eventuality. Many parts of the these districts are affected by power cuts and schools remained closed.

People are advised to  stay indoors and not to enter damaged buildings post cyclone. Ockhi cyclone is forecasted to move through North West regions and Kerala will also face the serverity of Ockhi. It was reported that 4 people have been death due to this cyclone in the southern districts.