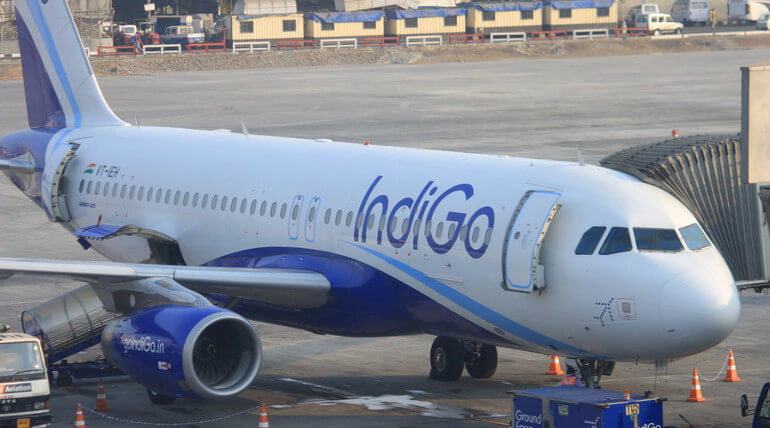 42 planes of IndiGo Airlines had been cancelled for today's flight. A trouble had occurred in Airbus A320neos that belongs to IndiGo Airlines which is Asia's seventh largest airline agency. On Wednesday an Airbus which started from Lucknow was subjected to engine breakdown in mid-air and an emergency landing was made in Ahmedabad Sardar Vallabhbhai Patel International Airport.

The passengers who could not able to make their flight today has been accommodated to alternate flights if not; they could reschedule or cancel their travel ticket at no extra cost. This measure has been taken by the IndiGo airline authorities to reduce the inconvenience to thousands of their customers.

IndiGo Airlines owned 32 Airbus in the series of A320neos which is a "Narrow-body twin-engine jet airliner. According to Directorate General of Civil Aviation (DGCA), 11 out of 32 IndiGo Airbuses had been grounded due to issues occurred in Pratt & Whitney (P&W) Engines on Monday. Following IndiGo Airlines, GoAir also cancelled some of its flights on Tuesday concerning passenger safety. But still, the problem with Airbus A320neos was being continued that had made the grounding of 8 Airbus A320neos of IndiGo and also 3 A320neo of GoAir carriers on Wednesday.

IndiGo Airlines is being operated with a trimmed schedule on Wednesday also. Reports from trusted sources suggesting some same order flight disturbances can be expected in the upcoming weeks.

An aviation expert had suggested, if the issue with the Airbus A320neos tends to be continued, it is essential that all the 32 Airbuses need to be grounded for safety concern.

Pratt & Whitney (P&W), the American aerospace manufacturer had committed to resolving the issues on the engines and all the affected engines would be changed before June 2018, said the latest reports from the DGCA.