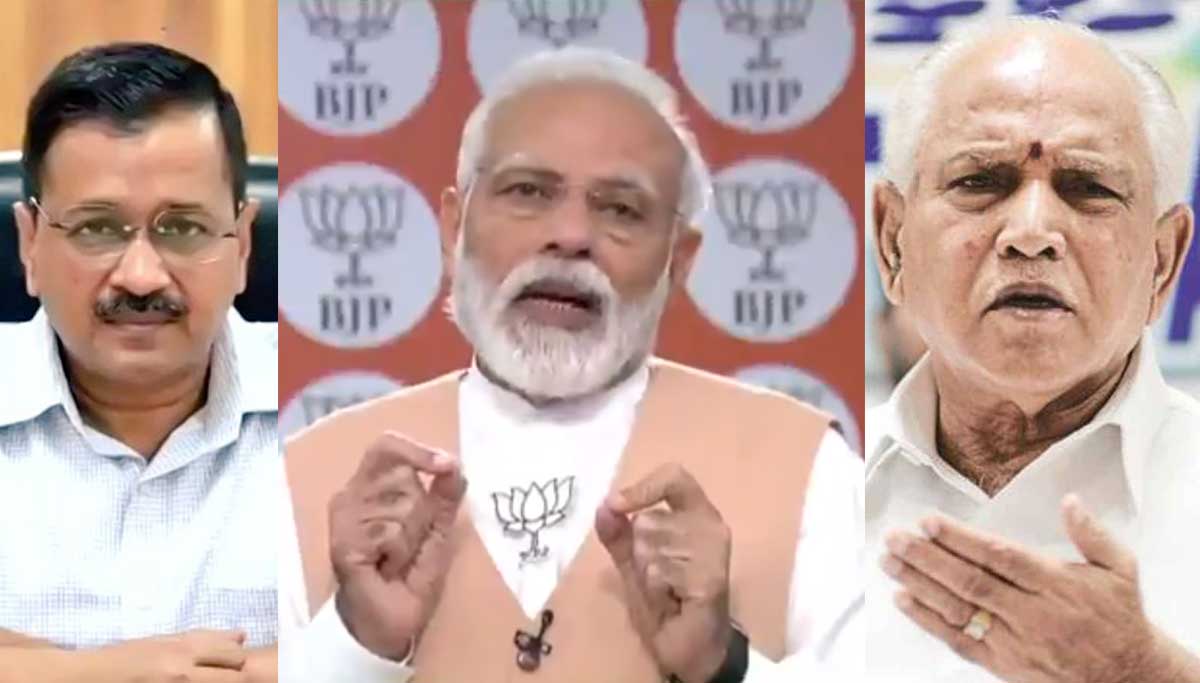 Most of the 1.3 billion Indians need an answer to the billion-dollar question "when will the lockdown end", and are eagerly waiting for it.  Many are changing channel after channel to find the answer to it. But none can predict what prime minister Modi is going to announce about the extension of lockdown.

If Delhi chief minister Kejriwal hinted on lockdown being extended today, April 11 morning, the Karnataka chief minister Yediyurappa confirmed it in the afternoon. Even many channels are informing that the prime minister will address the nation again today to confirm the lockdown status. But the latest news is ANI has confirmed that there is no prime minister's TV show today.

With only three days to go for the lockdown to complete 21 days, many people who stay at home without work for some, without food for others, will it end on April 14 is the big question. More than men, it is the women who want the lockdown to end soon.  It is because those who can afford food are continuously torturing them by asking tea, coffee, snacks, and anything to pass their time. It has also resulted in many police complaints and other violent issues.   All are expecting the lockdown to end on April 14.

But the deadly pathogen coronavirus has other ideas. It is increasing its infection by doubling in the past two days. It is even after only minimum tests conducted in India compared to other countries. It has caused fear to many chief ministers, and already the Odisha and Punjab chief ministers have extended their state lockdown until the end of April.

It is also the request of 15 of the chief ministers in the prime minister's second video conference with them within a week. Many fear of death to increase, and the situation to go out of control. But some chief ministers also worry about the wheat crops harvest and other essential industries not working on manufacturing the much-needed commodities for daily living.

Prime minister, who takes instant decisions, including the lockdown, is now under close consultations with the chief ministers and other higher officials. With experts confirming a loss of $ 5 billion every day to the Indian economy, the prime minister is in a tight spot. With three more days, he will take his time until even the last minute to announce whether the lockdown continues or relaxed with strict restrictions.

All have to wait until then to get the answer for the billion-dollar question "when will the lockdown end?"