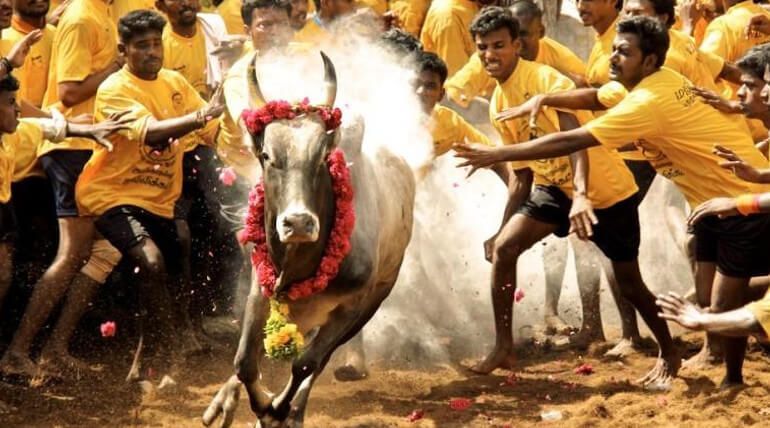 The appeal made by PETA against Tn government's decision over Jallikattu came for hearing, today.

Jallikattu, Bull Taming sport of Tamil Nadu has been banned in 2014 because PETA (People for the Ethical Treatment of Animals), an American based animal rights organization had made a petition in the Supreme Court of India for banning Jallikattu sport of Tamil Nadu and Kambla sport of Andhra Pradesh. After a big protest made by young people of Tamil Nadu for unbanning the sport, Jallikattu had been legalized by a state ordnance passed by TN government on 2016.

After the state's special ordnance, Jallikattu had been conducted with legal protocols and rules from last year. As same like Tamil Nadu Andhra Pradesh government had legalized Kambla by passing special ordinance.

The court had transferred the case to constitutional table. The table will take decision on the case by regarding five issues over it. The case has been postponed to today in its previous hearing on last week.