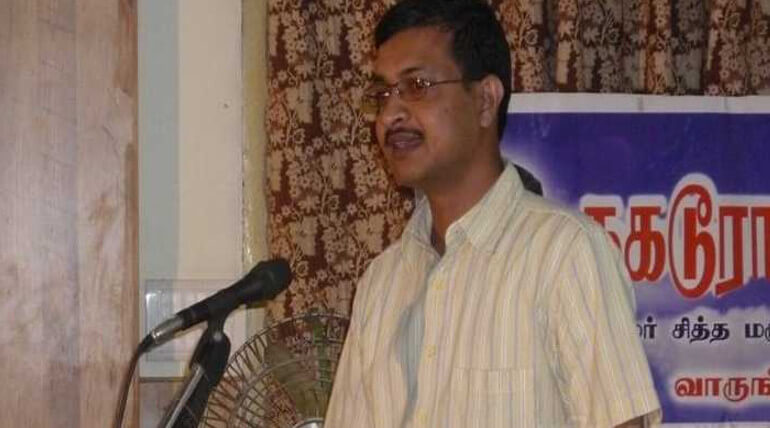 Founder Of Tamil Typing Thagadoor Gopi Had Passed Away

The man who brought regional languages in computers is no more now.

Have you ever wondered while typing Tamil and other regional languages in computers and mobile phones? If you did so, all those credits must go to the man who found a unique code for translating English typing into Tamil, Malayalam, Bengali, Telugu, Hindi, Gujarati and Oriya.

Gopala Krishna known as Thagadoor Gopi, got an idea to glue up Tamil and computing to make a universal code to convert English to our respective Mother languages over a decade ago and made it too. He poured all efforts and contribution for an enjoyable and understandable computing for his people in their own language. On Saturday (January 27, 2018), Gopi passed away in a sever cardiac arrest at Hyderabad.

Gopi is from Dharmapuri of Tamil Nadu, a large district in Tamil Nadu which was previously known as Thagadoor of the King Adhiyaman. Due to Gopi's fascination towards king Adhiyaman and his district he added Thagadoor before Gopi. He currently worked in Hyderabad with his wife and two kids and he was just 42.

IAS officer, Sagayam had joined his hands with Gopi for a project "Thodu Vanam" which encourages the people to post directly to the collector about their complaints, ideas, and imperfection in their district through online. This project was first started at Namakkal district by Gopi and Collector Sagayam and later the project had been carried to Madurai and other districts.

He worked in many leading Indian software companies and abroad. Gopi also had a public domain www.higopi.com which helps everyone to use the software he made as a open source for all. He named his software as Adhiyaman which shows his love towered his King and the contribution to teach his people in an understandable way. His corpse was brought for funeral to his native Kumarasamy Pettai in Dharmapuri.  But he will be immortal through his discovery for centuries.