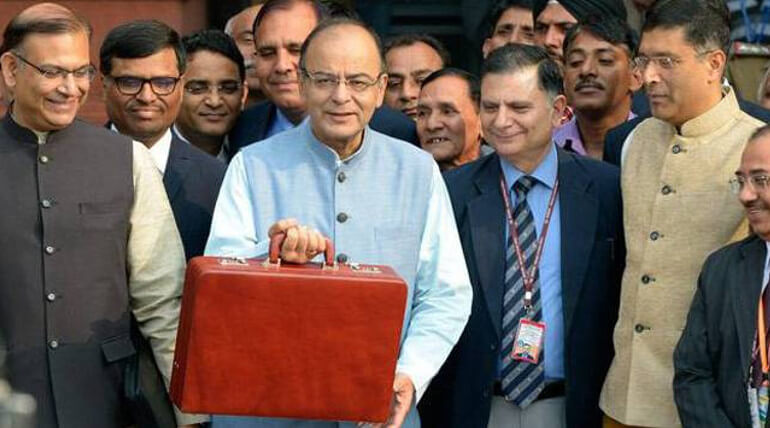 The most expected parliamentary budget session of 2018 has been started with the addressing note of President Ram Nath Kovind. He requested all parties in both houses to stick together to serve for the welfare of the nation. He continued the year 2018 will serve as a good luck in the creation of new India. He honored the central government that it was doing a great job in strengthening the civilian justice and economical growth. Immense contribution in the women empowerment by creating a easiest manual for starting small sector business. The government had given highest efforts in the development of agriculture and farmers, said the president.

Before the session, PM, Modi met the press outside the parliament. In that meet he requested every parties in the house for its cooperation for amending the Triple Talak Bill to safeguard Muslim women empowerment. It seems he was urging the house to amend the rule soon.

In today's session, Economic Survey of India had been tabled by Minister of corporate affairs, Arun Jaitley. The new survey had stated, that the nation is expected to stick around 7-7.5 percent of GDP growth in the year of 2018-19 which is calculated as 6.75 percent in the current fiscal year.

The central had made major reforms over some important sectors which induced the rapid economical growth rate. The reforms will be strengthened in the upcoming years. The survey also states that after the reforms the nation can hope for the growth of Industrial production up to 8% and the industrial growth will be 4.4%. Agricultural growth will be 2.1%. Growth in the Private investments can be boosted up in the reforms, said Arun Jaitley.

The increase in the prize of oil is unexpected and the government taking steps for controlling it. Indirect tax payers have increased after the implement of GST and the stabilization of GST will increase income in future, he said.


Economical survey had been tabled in Parliamentary budget session of 2018