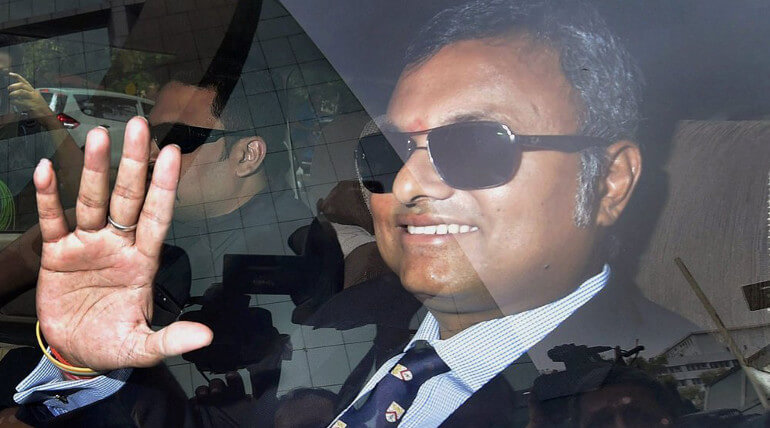 Karti Chidambaram, son of former finance minister Chidambaram was arrested today by CBI for money laundering case. He has been arrested in Chennai airport by CBI and will make him appear at the special court at Delhi today.

He will be produced before the Patiyala special court at 2 pm today. He was arrested INX Media money laundering case after landing at Chennai Airport from London.

Karti was detained by probe officials as he is not co-operating in investigations in this case. Karti's Chartered Accountant was arrested on Feb 16 from star hotel in Delhi.

The charges filed on him are illegally getting charges from Foreign Investment Promotion Board for the clearance of INX media of receiving investment from Mauritius about Rs 305 crore in 2007. CBI had seized vouchers of Rs 10 lakh as service charges.

To be noted, billionaire liquor king Vijay Mallya is still rooming freely outside India after securing Rs 9,000 crore from State Bank. The heavy money looter diamond jeweller Nirav Modi was recently escaped from India, who had got nearly 11,000 crore from Punjab National Bank.