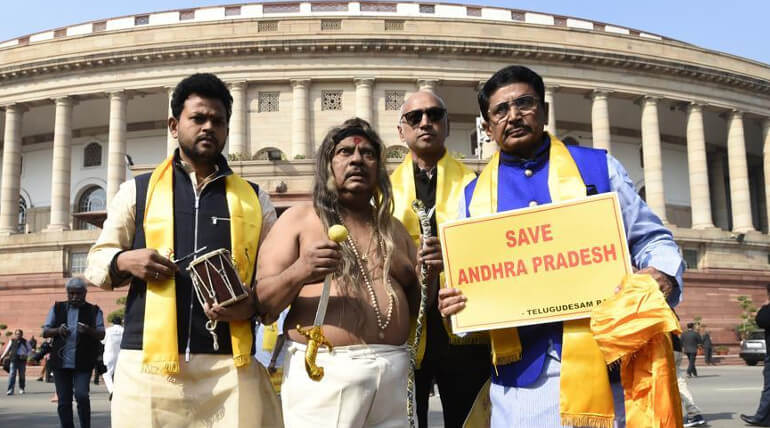 Finally Central surrendered in the hands of Andhra Pradesh.

Central government had sanctioned Rs. 1,269 crores for the development of Andhra Pradesh after the three days of strong oppositions and confusions in the parliament by the Andhra Pradesh MPs.

The whole state erupted against the central government two days back for condemning the injustice through a bandh and protest rally in the state. The MPs of the TDP had continuously protested at both inside and outside of the parliament. In the mean time the TDP had decided to break its alley with the BJP but now the BJP government resolved the issue by allocating Rs. 1,269 crores to the state

In the overall fund Rs. 417.44 crores have been allocated to the Pollavaram project which was considered as the precious crown of the state. Rs. 369.16 crores as Revenue Deficit Grant and Rs. 253.74 crores as Local Administration Subsidy was allocated by the central government. Apart from that Rs. 196.92 crores for the Anganwadi services and the health program and Rs. 31.72 crores for Mahatma Gandhi Rural Employment Scheme are also been allocated for the Andhra Pradesh government.