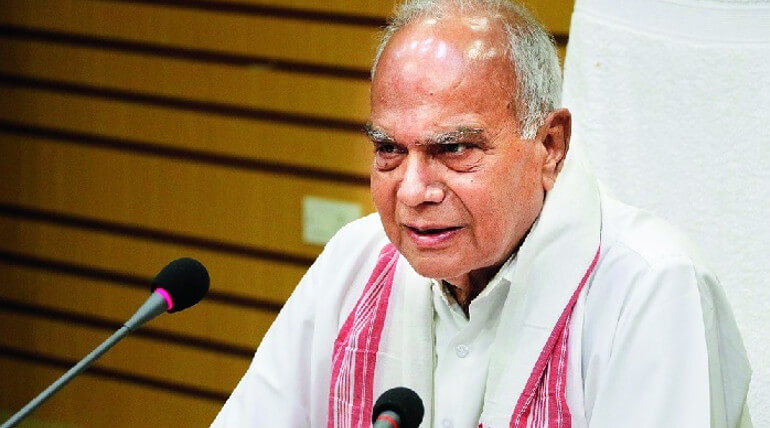 Tamil Nadu Governor Banwarilal Purohit under the Swachh Bharat mission visited Coimbatore city on Wednesday which has been selected for Smart city plan. As a two days visit Governor reviewed several places in the city including bus stand and private residential apartment.

He reviewed bio-toilet in the bus stand, also cleaned the bus stand and addressed the event. He said the Coimbatore is developing quickly along with Kongu Tamil. All places are clean and the city has 89.23% literate which is higher than the average percent nationwide. The central government schemes are done well be the state government. It can be praised only when the places are reviewed. Swachh Bharat mission should be implemented in rural areas.

The city traffic is stopped in several places due to his visit and some school students suffered by this. He also conducted the review meeting with the district officials. Governor's act is trolled by several political leaders in the state and also by Puducherry Chief Minister Narayana Swamy. He said Governor's hands raised in Tamil Nadu like his state. BJP is trying to control the state by the governors.