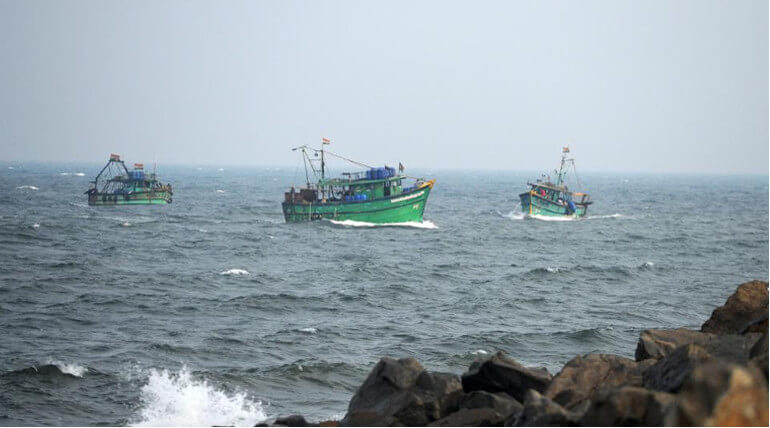 Again 16 Tamil Nadu Fishermen are arrested by Sri Lankan NAVY and their nets are snapped off.

Gopinath, Assistant Director of Fishery Department said, More than 2,500 fishermen from Mandapam and Rameswaram area were sailed in yesterday for fishing near Kachatheevu. The Sri Lankan NAVY personals came to the fishing spot, than snapped off their nets and arrested 16 of them and chased away the remaining fishermen from there.

Those 16 men were arrested and taken to the Kangesanthurai of Sri Lankan their boats were also impounded by the navy, said Gopinath, Assit. Director of Fishery Department.

Rameshwaram Fishermen Association's President, P. Sesuraja had urged the central government to take steps against the frequent arrest of TN fishermen by the Sri Lankan NAVY.