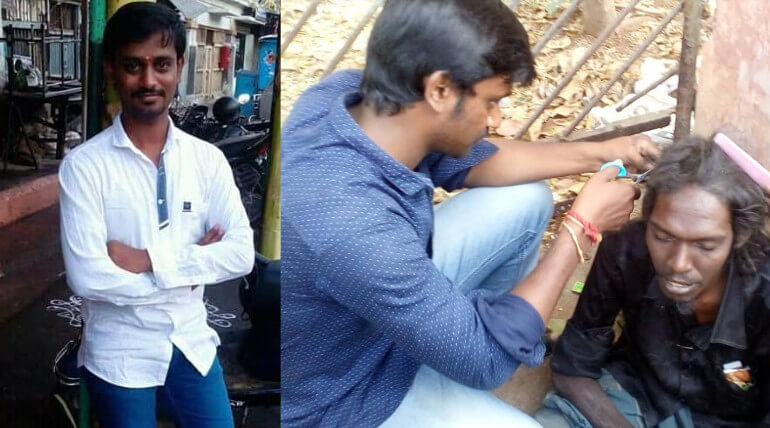 P. Naveen Kumar and his friends from Kumarapalayam, Namakkal district of Tamil Nadu had started a non governmental social working organization in 2014 called 'ATCHAYAM'. In the future vision of making their district as beggar less area, they have decided to recover homeless poor persons from road side.

They are in active state still now in the region of Erode and Namakkal. While having conversation with Naveen Kumar he said, the team had started with a small group of volunteers and his friends as a non-profitable organization. The team's vision is to make a better and beggar less Tamil Nadu in future.

Since now they have recovered 190 homeless poor persons and got admitted in old age homes or reunited with their family, among these 190 almost 40 are females.

The Ministry of sports and youth affairs now recognized the great efforts of the team for past 3 years and decided to honor it with a 'National Award' through Naveen Kumar. The award will be given on January 12, at Noida in a national youth celebration festival, said the report of ministry.

While asking Naveen Kumar about the award he said, he haven't expected this much of recognition from the government but the national award for him and is a great recognition for their team. He also added they are all set to extend the work of their team all over Tamil Nadu.