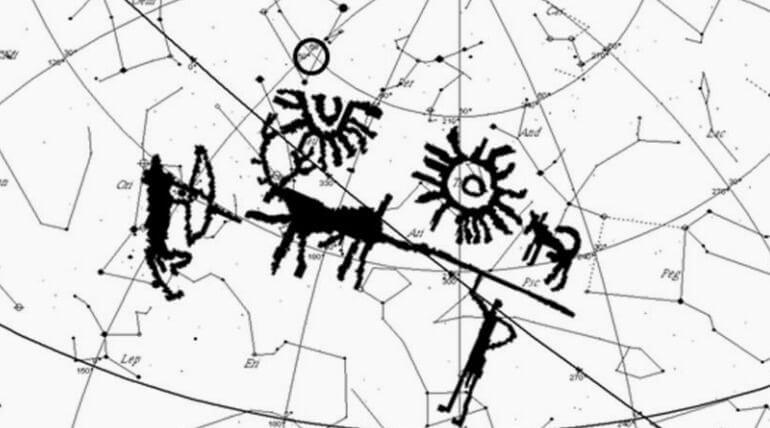 The Rock Painting found in the Kashmire region would be the oldest star chart ever known.

Scientists in India have discovered a rock painting which was dated back from 3,600 BC. The scientists claim that the painting in the rock would be a celestial event and it was the oldest ever known star chart around world.

A report uploaded by a Indian news magazine says Astrophysicist Mayank Vahia and his fellow colleagues from Tata Institute of Fundamental researches had made this discovery. Vahia had discussed about this discover later in podcast, he said the earliest settlement in this region was noted from 4,100 BC but the rock they found was embedded in the wall of a house which dated from 2,100 BC. Hence they concluded the rock painting may be drawn in 3,600 BC after the rock was investigated under rock dating.

He extended, that the painting in the rock shows two brighter images which are not moons but a supernova which appeared to earth and another one will be the moon. The man holding the bow may be Orian. The man aiming a spear on a deer may be a part of the painting. The deer they are attacking will be a Taurus and the dog in the right side will be Andromeda galaxy. The supernova may be visible to earth while it explosion because it was just 2,600 light years from earth.

But this single rock piece was not enough to prove it was the oldest star chart they are searching for another rock painting example in that region because the people in this region must have drawn many, after some other celestial events, said Vahia.