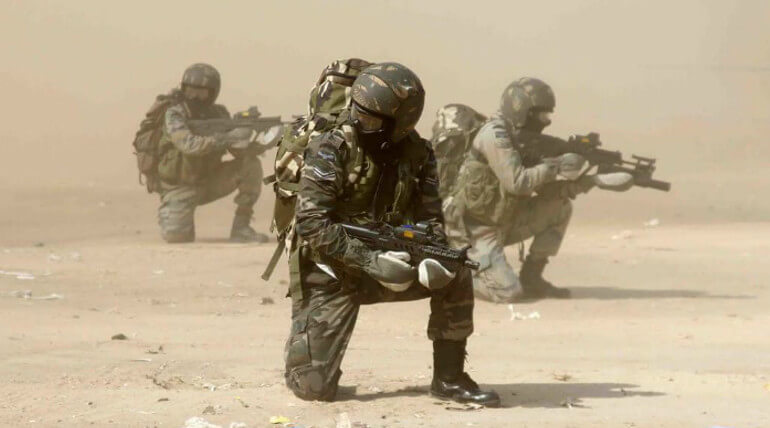 IAF extends its eye of guarding over J&K through 'Garuds'.

After some recent heroic actions done by Garuds at J&K valley, now they decided to get more action adventures by facing real time counter terrorism. One of the major operations of garuds was the Pathankot air base attack in 2016 by Pakistan-Aided militants is to be noted.

The garuds, one of a elite counter attack forces in IAF formally known as youngest special force unit. The main reason for the formation of garud special force is the two major attacks made by terrorists over important air base at J&K. The Garud force was given importance after the Pathankot air base attack.

IAF had decided to increase the numbers of Garud unit and planned to deploy them in direct counter terrorism. The IAF said two teams of Garuds have been sent to Hajin area at J&K for the attachment with Rashtriya Rifles and another two teams will be sent soon to replace them said a senior Garud officer.

Now they are operating closely with the Army and also extended their intelligence wings on J&K valleys. In recent time the Garuds have got great success in a close counter terror operation. The reports are saying they have killed up to 7 terrorists in that operation and it was considered as a real act of valour.

Another officer said they always motivated by our buddies the true act of valour. And they are ready to face any type of counter terrorism act in the future. The selection process of the Garud unit seems to be very tough to the soldiers. Only 26 were taken from other departments since its existence. The reason behind it was, it was tough to survive 16-18 hours a day active by physically and mentally said a Garud instructor.