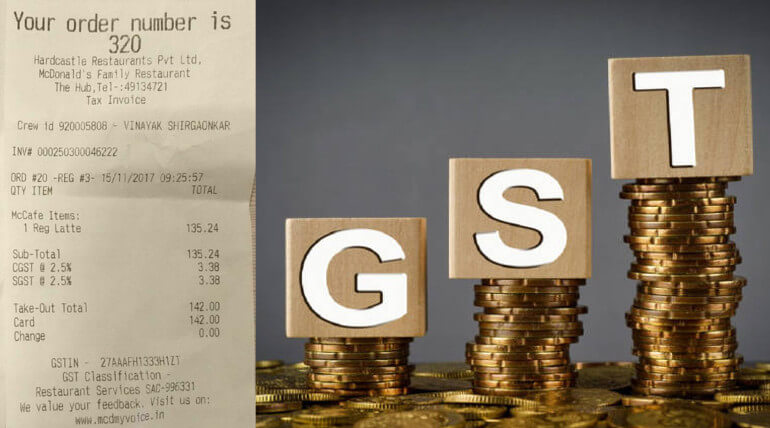 The 23rd GST Council has been held at Guwahati, Assam under the head of finance minister Arun Jaitley last week. In the council, the tax rates of 213 products have been revised. The tax rates on restaurant are also lowered to flat 5% from previous 12% for non A/c and 18% for A/c restaurant.

Even though it is brought to live from yesterday, some restaurants including famous McDonald did not lower the bill amount. They have structured the bill to the costumers to pay same amount as before GST. They have hiked their product price with reduced GST and matched the total bill amount to be same.

The people say this is absolutely cheating and trolls on the restaurant owners. The customers wonder at their bill rates who have hoped the cost reduction after new GST rate cut down.

For nearly 178 products the GST has been lowered from 28 percent to 18 percent. While 5 products gets 5 percent GST which had been in 12 percent category. Some of the other products that come under GST rate cut are wire, refined sugar, diabetes products, spectacle, cap, furniture, bed, suitcase, shampoo, lamps, rubber tubes, fans, bleaching powder, suitcase, potato powder and others.

McDonald has been trolled by the angry costumers and netizens. It shared "The Government has brought down GST from 18% to 5%, but there has been a removal of Input Tax Credit." 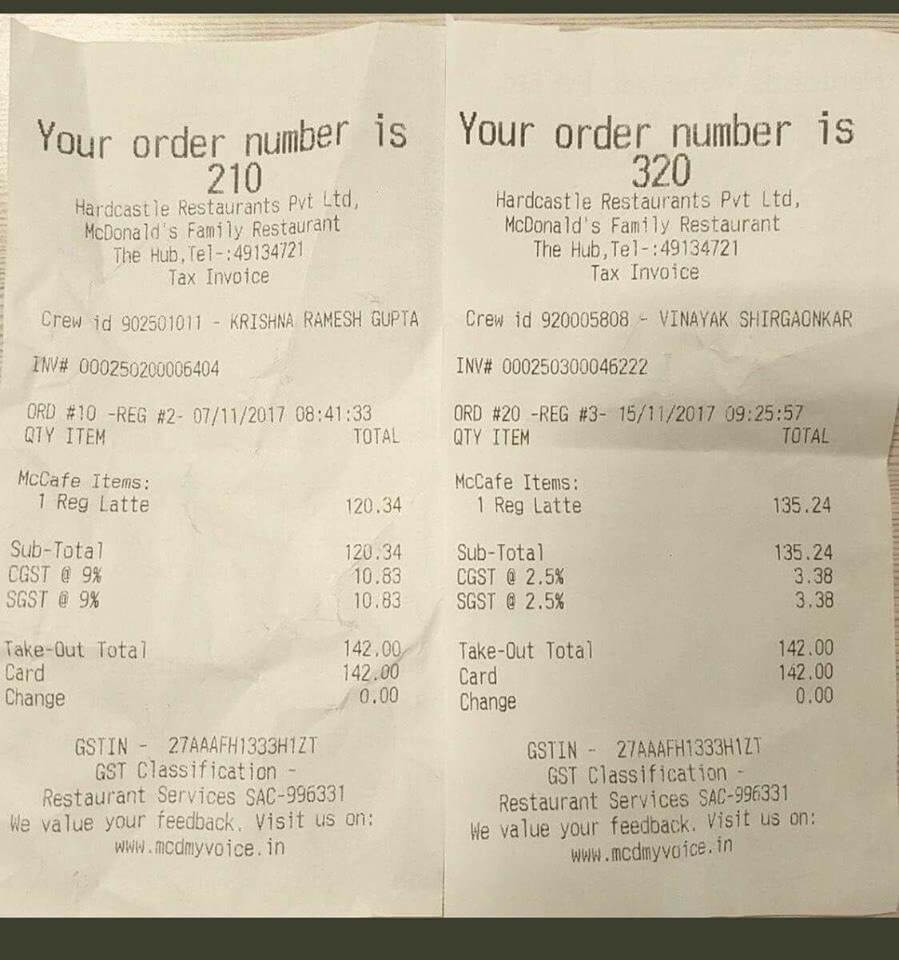