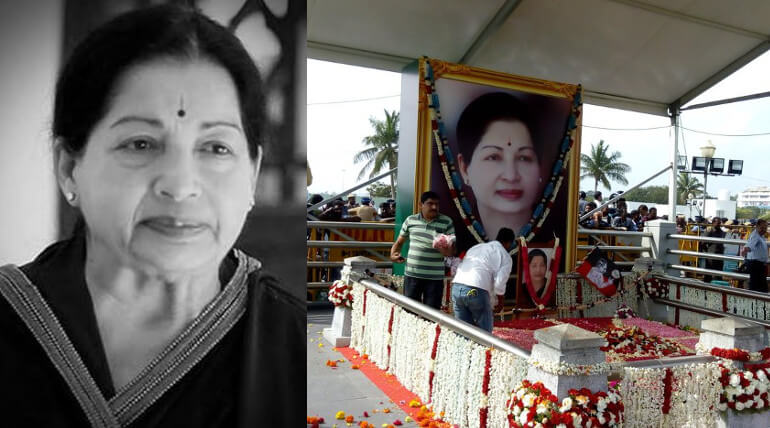 Today large volume of people gathered in Former Chief Minister Jayalalithaa's memorial at Marina, Chennai to pay tribute over her first death anniversary. Tamil Nadu People are missing an able administrator and commanding personality. Ms. J Jayalalithaa is called as Tamil Nadu iron lady.She had left behind a political vacuum and people hope it would be soon filled by an able administrator.

Tamil Nadu people can't forget her magical voice. In every meeting she will start with "Makkalal Naan Makkalukkagave Naan". She pulled crowd over her attractive and commending voice.

There are battles for her properties including her residence. AIADMK leaders made a silent walk wearing black shirt to her memorial and paid tribute. Several political leaders and people are paying respect to her at memorial. Chief Minister Edappadi Palanisamy paid garland respect to her photo in front of his residence.