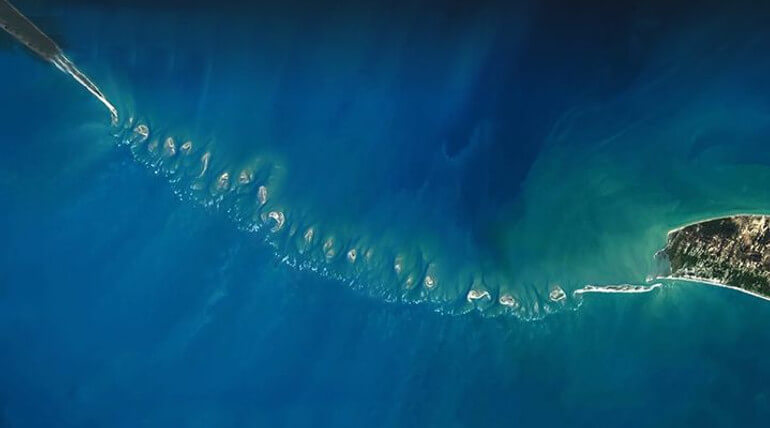 Student revealed the age of Rama bridge as 18400 years old

New head on in a long term mystery of Rama Bridge. Research says it is 18,400 years old.

Recently a joint group of research fellow students from Madras University and Anna University had made a surprising and shocking discovery about the Rama Bridge. The students from the universities found a breakthrough in Rama Bridge with the research funds of UGC. They confirmed the bridge was 18,400 years old through some carbon and rock dated samples from the three places of the bridge.

Rama Bridge or Ram Setu is a 30 kms long submerged coral rock bridge between the Rameshwaram Island and Sri Lanka. There are many controversies and mysteries still inducing debates between the science people and the people who believe in existence of God.

Some people say the bridge has been believed to be built by Lord Rama to save his wife Sita from Ravana, the emperor of Sri Lanka. The bridge had been built by the help of Vanara Sena (An Army of humans Monkey). But this theory was completely opposed by another group of people.

Previously some researches were made on the Rama Bridge and estimated it was built in 5000 BCE where the time period notated in Ramayana had also made its sync with the date. But the recent researches had found that the bridge was 18,400 years old. The chief investigator of the research project said they have collected 3 types of samples from the bridge and sent them to US based radiocarbon dating laboratory. They got some astonishing results that it was about 18,400 years old.

They found that the bridge had been slide by a strong earth quake and tsunami before 700 years. There are some proven articles about under waterquake and tsunami attack in the same time period on Indonesia, Thailand, and Sri Lanka. This is the first discovery ever made to prove the tsunami hit and under water earth quake in the Gulf of Mannar region as it was already known as Seismically Passive Region.

The scientists have also warned for another big Tsunami in future with their proven evidence of Tsunami happened long ago. The southern part of Tamil Nadu came to know about Tsunami when they witnessed numerous deaths in 2004 tsunami.