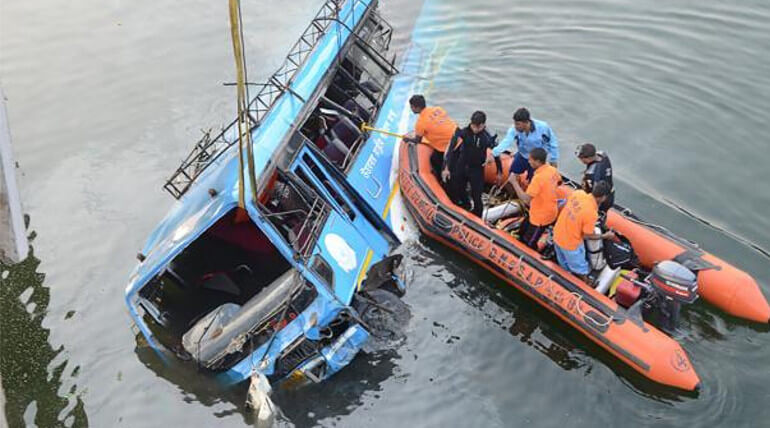 Thirty Six passengers were drowned to death after a bus dived in to a canal from 25 feet high bridge in Daulatabad, West Bengal. It is a Foggy early morning on Monday (January 29, 2018), a bus with passengers make its trip to Murshidabad. The bus plunged into deep canal by avoiding an opposite close call with a truck. 36 passengers were dead report says most of them were government employees and primary school teachers.

A survivor's report whom witnessed the accident said "the driver was on phone while driving over the bridge, the visibility of the road was not clear due to the heavy fog. The driver avoided the plea of passenger to cut the call but he avoided them and continued to phone, suddenly a truck approached against us the driver managed by avoiding the collision but hardly the bus hit the 20 foot side wall and dived into the canal"

Some of the passengers who are foot boarding have jumped off the bus, they were carried to hospital by the public, six were made to survive with minor injuries and one died in hospital due to his failed response to the treatment.

Chief Minister, Mamatha Banarjee arrived to the spot by canceling all her appointments and boosted up the rescue operation with National Disaster Rescue team and some cranes from the department. She announced Rs. 5 lakh for the dead and Rs. 1 lakh for the seriously injured and Rs. 50,000 for those with minor injuries before she left the place.

The rescue team managed to lift the bus out to the air from the water around 5pm almost later 10 hours. Divers in the rescue team along with public involved in searching corpses. The death toll was announced as 36, the drivers' identity had not been revealed still. The head of the rescue team said the searching operation will be continued to Tuesday. 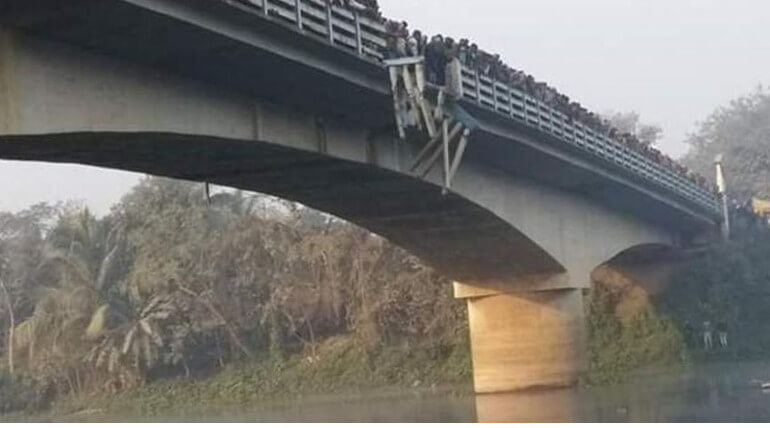