10th class student died in Chennai due to punishment 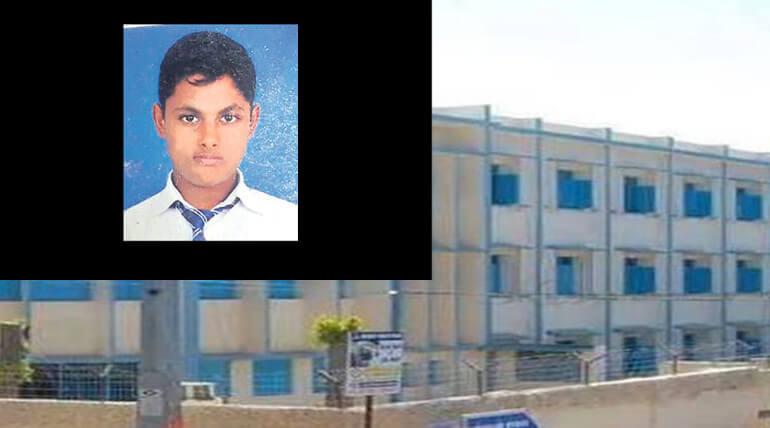 10th class student died in Chennai due to punishment

A 10th grade student died due to DUCK WALK punishment given by the physical trainer of the school.

Narendhar, from Thiru. V. K. Nagar of Chennai is pursuing 10th grade in Don Bosco matric Hr.Sec. School at Perambur. He returned to school on Wednesday after the pongal holidays. As he entered into the campus 10 minutes after the first bell, Physical trainer of the school Jaisingh had ordered him to perform 'Duck Walk' as a punishment.

Then Narendhar has fainted down while performing the duck walk. Immediately he was taken to a near by clinic in an auto rickshaw. As the case turned tough doctors in the clinic asked the school staff to shift him for some better treatment.

By the advice of doctors in the clinic Narendhar was taken to Stalin hospital but doctors who examined Narendhar had said the student was died when they were in the mid way to the hospital.

The school management informed the student's parents through the police department. Then the police delivered the student's corpse only after they bought sign in an acknowledgement document, that the student has died naturally. But the fellow students in the school have informed Narendhar's parents that he was died while performing duck walk. After they came to know about the true incident, the parents and the relatives of the deceased student had protested before the school.

Police arrived there after they got information about the protest they investigated the school management and examined the CCTV footage. Police officer also confirmed that the student had fainted down while he was performing duck walk. After the police confirmation the parents and the relatives of the students again stepped up their protested to arrest the physical trainer and the correspondent of the school.


10th class student died in Chennai due to punishment