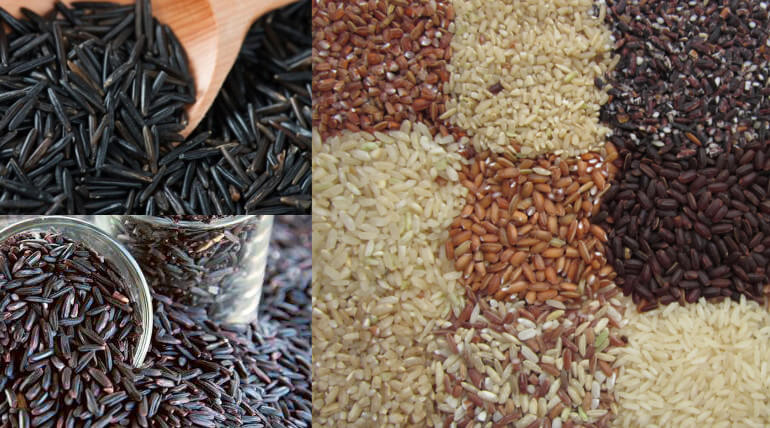 Rice is one of the essential species cultivated in Tamil Nadu. The traditional cultivation of rice involves certain steps and it grows based on the soil fertility .Our traditional food rice has various benefits such as it provides more energy, prevents obesity, cancer, Alzheimerâ€™s Disease, controls blood pressure etc. It has excellent digestive qualities. Cooked rice is composed of 68% water, 28% carbohydrates, 3% protein, and negligible fat.

Half of the world is engaged in the cultivation of rice yet Tamil Nadu rice varieties have more nutritional as well as medicinal values. We had 5000 varieties but now we were able to save nearly 200 varieties in Tamil Nadu. These 200 varieties should not be endangered. At least now we should know about the valuable species of our Tamil Nadu.

Ponni: It is a high yielding crop widely cultivated along the banks of the Kaveri in the cities of Ariyalur, Trichy and Madurai. This is one of the staple foods of Tamil Nadu and it is widely consumed by many people. It is rich in carbohydrates which gives us more energy.

Samba: Seeraga Samba is a long duration rice variety mostly cultivated in the Samba season from August to January. It resembles the cumin seeds. It is loose in texture with a corn flavor. This is easy to cook and generally used in preparing biriyani, Lemon rice, Tamarind rice, Tomato rice, etc. It provides delicious taste and has high caloric value and other variety of samba called Mapillai samba helps to improve digestion, cure mouth ulcers and diabetics. The interesting fact about this mapillai samba is in earlier days it was given to bride groom to gain energy for lifting heavy stone called illavata kal.

Karuppu Kauni Arisi: It is cultivated in some regions of Tamil Nadu. It increases bone strength and prevents bone related diseases. It contains anti-oxidants equivalent to blue berries. It has qualities for curing digestive problems. It cures the problem of loss of appetite in children and nutritional deficiencies. It is used to prepare paniaram, puttu, dosai.

Kandasali: It is one of the rice varieties with duration of 125 days crop mostly cultivated in Tamil Nadu .It is used for making pongal. The rich aroma in this rice adds spice to pongal. As pongal is on January we should definitely know about this variety.

Poongar: It is one of the healthy rice varieties cultivated in Tamil Nadu from December to March. It is definitely a gift for a pregnant mothers from our mother earth. It consumes less amount of water.  It is also called as "Arubatham Kodai". It is mainly for preparing healthy foods such as idly and dosa. It gives strength to our body and it is delicious. In the olden days it was given to pregnant ladies for normal delivery.

We should know about our traditional values and our healthy traditional foods. It is not good to go behind some other culture. We cannot leave our mother ever and we should always raise hands to conserve our motherland.