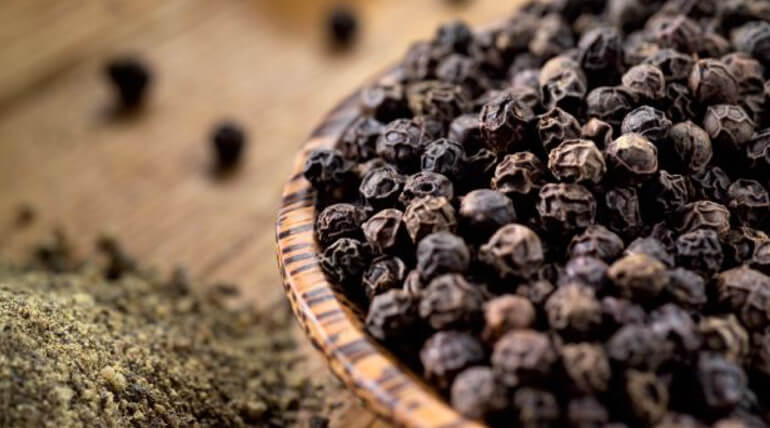 How the Chilly Crop encountered India?

Chilly is one of the mostly used spices of Indians now. India is a tropical country and Indians have various food tastes in their culture. But the spicy foods are liked by most of the Indians. Hence spicy foods became a part of Indians for ages.

At first, India before we touch the history of chilly we have to know the history of a Indian spice named black pepper which Indians have used before chillies was introduced.

Black Pepper is one of the Indian Spices still in use but in the lesser level. A black colored dried fruit which was Only 5 millimeter in diameter. The pepper crops were first cropped only in India after the foreign invasions and colonizations the crop was now grown in many countries worldwide. But in India other than Black Pepper some other varieties are also found they are Green Pepper, White pepper, Wild Pepper, Orange and Red Pepper.

2) Black Pepper is an Antioxidant.

3) Black pepper helps in the treatment of cold and flu.

Capsicum Annum, formally known as Chilly is a dehydrated seasoned fruit. The chilly was first introduced after an invasion of Europeans to India. After Columbus stepped in India he started a case study on Indian spices. He planned to take back some spices to his country and hence all have started. The Europeans started spices traded their Chilly for Indian Black pepper. They have introduced many varieties of chillies in India.

Then Indians tried the new spicy stuff for the first time and decided to apply that in the place of pepper. Now, India also one of the producers of hot chilly. Now almost every dish of Indians is mended with Chilly instead of Black Pepper.