Andhra Boosted Up Its Developing Speed from Sunday

Special Memorandum of Understanding had boosted up Andhra Pradesh’s speed of development.

The new business council and the innovation corridor of Andhra Pradesh had now freed up the state to enter foreign firms. A news business summit of Andhra Pradesh, a flagship event arranged by Singapore Business Federation (SBF) and Confederation Of Indian Industry (CII) on Sunday at Vaizag.

The Sunday’s Business Council Summit had fertilized the foreign investments in Andhra Pradesh. Nearly 14 companies have signed Memorandum of Understanding (MoU) including Indian companies like Reliance. Nearly 364 memorandums have been signed by the AP government and all those were exchanged in front of Andhra Pradesh Chief Minister Chandrababu Naidu.

The ongoing business summit had laid a foundation for Andhra Pradesh to boost up its growth. The state is already well known for its wide development projects like Amaravathi project, now the state had created an opportunity of 4 lakh jobs in the future.

The summit came up as a lineup of Make in AP project which prefers local manufacturing, investing and creating jobs in the state. It was reported that the companies that signed the Memorandum are expertise in various sectors like renewable energy, engineering, logistics, food processing, electricity, technology etc....Apart from the 4 lakh jobs the summit provides direct employment for at least 4000 people in the state. Reports suggesting MoUs for defence and aerospace sectors also have been signed in the summit

Apart from the foreign investors, Mukesh Ambani had shown a deep concentration in the summit. It seems the Reliance industries limited had already started its digging for venturing oil and gas in the Krishna and Godavari Basin.

Andhra Boosted Up Its Developing Speed from Sunday 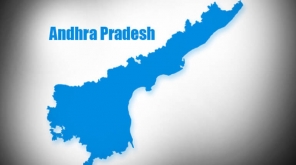