As per the latest report, Aircel had filed for bankruptcy in National Companies Law Tribunal (NCLT), Mumbai on Wednesday. This action of Aircel had disappointed millions of its loyal customers across the country. It is believed that Aircel has the debt over 15,000 crores and facing crucial circumstances.

Aircel, mobile operator in India having headquartered in Gurgaon and his parent companies include Maxis Communications Berhad operating in Kuala Lumpur, Malaysia and Apollo Hospitals.

For past 10 days, Aircel customers are troubled without proper signal and it was severe in last few days. Aircel regret to their customer for these inconvenience and promised the recovery soon.

Aircel statement to its customers includes "We regret that it will take some time to provide better service due to the technical issue. So, requesting you to cooperate with us. We sincerely apologize for the inconvenience caused. We are trying to resolve the issue at the earliest."

Aircel is undergoing deep financial issues and had already shut down its operation in six states including Madhya Pradesh, Gujarat, Maharashtra, Uttar Pradesh, Haryana and Himachal Pradesh a month before.

Aircel seems to have applied for bankruptcy after talk of merging with Reliance failed. The Idea and Vodofone are also not interested in inter-connection with Aircel as it did not clear their dues. Idea earlier said it is ready to inter-connect with Aircel if it makes the payment. 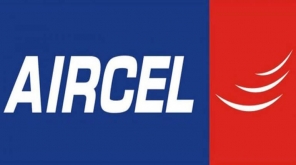